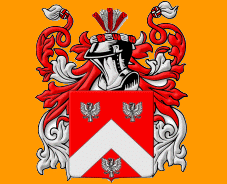 No record was found of the children of James Coston's (1742 - 1819) first wife. His second wife, Anne, seems to have had ten children. His third wife, Lydia, who married him when he was 56, in 1779, is believed to have had two children and to have died in 1855 at the age of 72. If that was so she would have been 16 when she married. Only 11 children are recorded on the family tree.

James' daughter Lettis is believed to have married a Harvey, whose family was still resident in the Berden area in 1980.

The Rev. Paul Masterton, Vicar of Berden in 1979, who researched the church records from 1813 commented that the name Coyston appears sometimes as Corston or Causton, even Kauston. Christine Howard found that it changed from Coston after about 1843 and before 1870.